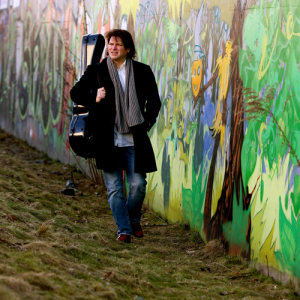 Erich Schachtner´s first teacher was lutenist Peter Dechant at the vocational School of Music in Altötting (Bavaria). After studies with Thomas Königs and Franz Halasz at the Augsburg College of Music he joined Eliot Fisk´s master class at the Mozarteum in Salzburg.

His career was launched in 2002 when he played in Helsinki for the Finnish composer Einojuhani Rautavaara. Engagements followed with the Munich Symphony Orchestra and the Leipzig Symphony Orchestra. He also took part in a production of Hans Zenders “Winterreise” with the Berchtesgaden Philharmonic Orchestra, and recorded with the Second German Television Service (ZDF) and the First Austrian Television Service (ORF). Erich continues to pursue a career as soloist and chamber musician throughout Europe.

In 2006 he started a collaboration with Supertramp founder-member Richard Palmer-James with the crossover project “BluesMeetsClassical”. Over 90 concerts later they released there first, eponymous album in 2008. Since 2013 they´re on the road with their new program „TwoHeads“.

In 2010 he joined the Anatolian folk music group Kemal & Metin Karahman and has toured with them across Europe. A year later, together with Kurdish singer Mavis Güneser, he wrote the score for the Film „Bir adim ötesi….One Step Beyond“ for the Istanbul filmmaker Tülin Dag, and also music for a public relations film of KTM.

In 2012 he was part of the production of Helmut Lachenman´s „Das Mädchen mit den Schwefelhölzern“ at the German Opera Berlin and performed Rautavaara´s „Serenades of the Unicorn“ at the „Berlin-Helsinki City Planning Academy“ in Helsinki. In the same year he also wrote the score for Berlin Urban Planning Agency contribution to the „Metropolis Board of Directors Meeting“ in Guanghzhou (China). Contemporary composers such as Fredrik Schwenk (Hamburg), Victor Coltea (Bucharest), Antonis Adamopoulus (Athens) and Anna Micholaikova (Prag) have written solo works for him which Erich premiered at „Chilly! Jazz-Festival“ Graz (Austria).

In 2013 Erich recorded an album called ­„Nice Machines“ with double bass player legend Barre Phillips in Puget-Ville (France) which included exlusively original compositions from both artists. He also became a member of the Berlin-based electric guitar ensemble e – w e r k, which is focused on but not limited to contemporary music.

In recital he collaborated at the beginning of 2014 with London bariton Robert Rice at the Dingolfing „Herzogsburg“ and (together with soprano Julia Renz-Köck) at Deggendorf´s „Kapuzinerstadl“ in Bavaria. In February Erich performed together with Kemal and Metin Karahman in a live broadcast for WDR radio at the Rudolph-Oetker-Halle in Bielefeld.

In September 2014 he was part of Osvaldo Budóns „Tablatures in Space“. This composition used fifty-five acoustic Guitars distributed in a large space, followed a topographic/ harmonic plan. This project was part of Budóns residence in Berlin as a guest of the Artists-in-Berlin Programme from DAAD.